The Billboard Ghosts of New York

The Billboard Ghosts of New York

During Mayor Bloomberg’s Administration in New York City, there was a crackdown on illegal billboards. Previous to this policy, outdoor advertising companies would pay a relatively small monthly fine to the City while making many thousands or tens of thousands of dollars per month. 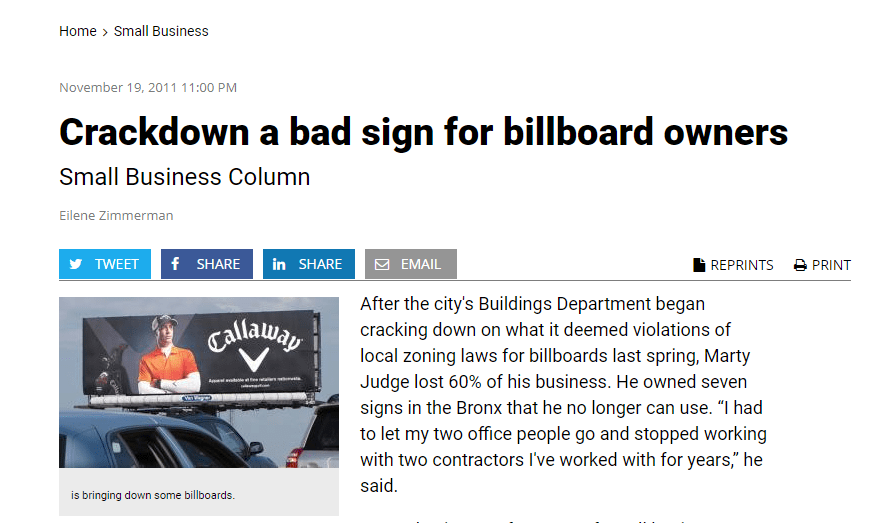